The Illustrated Guide to Our Native Plants, Their Botany, History and the Way They Have Shaped our World. 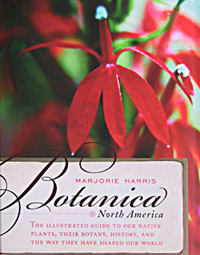